Hesitant tarot readers might remember that several existing tarot designs have incorporated Christianity--decks based on the Bible, angels, and saints, not to mention the Rider-Waite designs that use many symbols from the Bible as well as Jewish and Christian mysticism.  The cards have always been open to interpretation, even Christian, especially today when readers are encouraged to find their own meanings in the cards. There is also common ground in that not only Christians restrict the use of the cards: other religions and atheists alike frown on fortune telling. Many tarot readers today shy away from seeing the future and instead focus on reflection and inner transformation. Even Colette Baron-Reid, one designer of Oracle decks, warns against "oracle abuse."

​Objecting Christians might avoid being superstitious and mindlessly fearing a factory-printed, shrink-wrapped deck of cards.  Like music or movies, surely cards can be used for both good and bad purposes, whether an innocent game or a gambling addiction. As wine can be used in holy communion yet also abused in drunkenness, perhaps tarot can be used in Christian reflection and not only for forbidden fortune telling. "The Deck of Cards," A 1948 country song by Tex Ritter, demonstrates how the intent of the heart determines the significance of the cards.

1. Originating from Arabia as a card game, tarot first seems to have appeared in Renaissance Italy when extra picture cards were added as trumps for the game of tarocchi.

2. In addition to their gaming uses, the first esoteric uses of the cards seem to have been in France in the late 1700s enlightenment era and then in England in the 1800s, to be typified by the 1910 Rider-Waite deck with symbols from Greek, Egyptian, and Celtic myth as well as Jewish and Christian mysticism.

3. Today, 100s of different tarot decks circulate based on everything from Lord of the Rings to Gummi Bears. The focus seems to have shifted from fortune telling to meditation, inner healing, and transformation in an often therapeutic approach. Practitioners are encouraged to keep journals of their own meanings of the cards.

The tarot can be approached on multiple levels.

​LEVEL ONE:  Of course, cards are used for games, juggling, or magic tricks, to which few would object.

​LEVEL TWO:  As pieces of culture, the tarot are accepted in film, artwork, and poetry, for example, in T.S Eliot's modernist poem "The Wasteland." They are studied academically as folklore.

LEVEL THREE:  The tarot can also be seen as a collection of mythic images and archetypes. Readers find in the cards reflections of their cosmic views and, hopefully, as Abraham Lincoln referred to the conscience, "the better angels of our nature."

In defense of myth, C.S. Lewis writes, "I suspect that men have sometimes derived more spiritual sustenance from myths they did not believe than from the religion they professed."   In fact, part of what helped C.S. Lewis move from believing in God to believing in Christ was a conversation in which J.R.R. Tolkien suggested that in the story of Christ all other stories and myths somehow come true. C.S. Lewis and J.R.R Tolkien understand myth and fairy tale as possibly redemptive.

The Christian doctrine of general revelation suggests that God is found in all cultures--whether Chinese, Norse, or Egyptian--as "eternity in their hearts," referenced in Ecclesiastes 3 and researched by Don Richardson. The apostle Paul discovered God in the altars and poets of the Greeks in Athens. Further finding God in myth and fiction, Jim Ware speculates in God of the Fairy Tale: "...what is art but the soul's reflection, however imperfect, of the Light that gives it life and definition? ...The Tree revealed within our stories has its roots in the human heart."

​"He who has no sympathy with myths," writes G.K. Chesterton in The Everlasting Man, "has no sympathy with men. ... All this mythological business belongs to the poetical part of men...unless these things are appreciated artistically, they are not appreciated at all.... The life of man is a story; an adventure story; and in our vision the same is true even of the story of God."

​The images found in the tarot or interpreted in various mythos may likewise share in general revelation as well as in Christian inspiration. 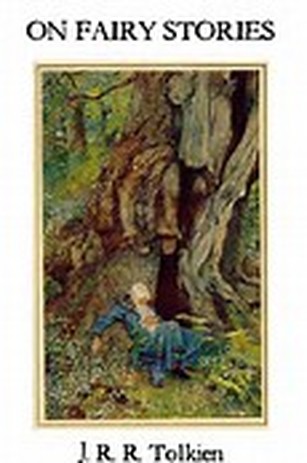 In "On Fairy Stories," J.R.R. Tolkien provides
one of the best discussions on the power of myth
and imagination to bring "recovery, escape, and consolation."


​An article by Roger Peck also describes this approach to myth:

​Link to "C.S. Lewis and Tolkien on Myth and Knowledge" 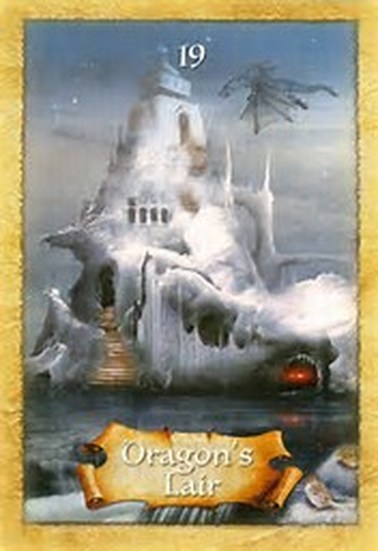 Note that some use tarot at an occultic fourth level as a genuine means to tap into psychic powers, a higher intuition, spirit guides, or something outside of the self, regarding the cards as psychic tools.

As noted above, people from all camps (religious, spiritual, atheist) have put restrictions on this mystical, psycho-spiritual level. Religion would tell us to turn to God, Spirit, or Wisdom not messages of a sealed future.  Many readers will likewise say we decide our own destiny and are not controlled by the cards. Others might suggest facing up to the reality that life sometimes doesn't make much sense, and we should apply wisdom and hard work rather than hand over control to some pieces of paper.

​The card on the right comes from the Enchanted Map Oracle Deck ​and perhaps provides an example of how the cards can be interpreted and applied in an ethical and responsible manner.  This card displays the "Dragon's Lair," and like a flashing yellow light, it warns to proceed with caution.  There may be treasures in the darkness of the lair, as Bilbo the hobbit discovered, but there are also dangers and a deadly dragon.